when i got pregnant with the squirt, the squirm was only 9 months old.  i spent most of the pregnancy feeling a little guilty about the huge betrayal i was going to perpetrate on the squirm. 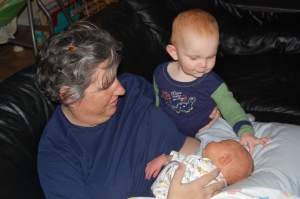 initially the squirm seemed interested in the squirt, but he soon decided that the baby was way too loud and way too high maintenence for his taste.

fortunately he learned to tolerate the squirt a little bit, meaning that there was less screaming when the baby screamed, but no less hurling of sippy cups.

we eventually lapsed into a sort of peaceful coexistence, where the squirm mostly ignored his little brother, where possible, and kicked him in the head when he got too close for comfort.

strangely, in the last month or so, the squirm has developed a sudden fascination with his brother and wants to wrestle, tickle, and generally harass him non-stop!

it can definitely be heartwarming and cute, and i am highly grateful to see squirm take an interest in other kids.

on the other hand, i sometimes see poor squirt get highly exasperated.  i can only assume he is thinking “leave me the heck alone bro!  i am trying to watch toy story in peace!” 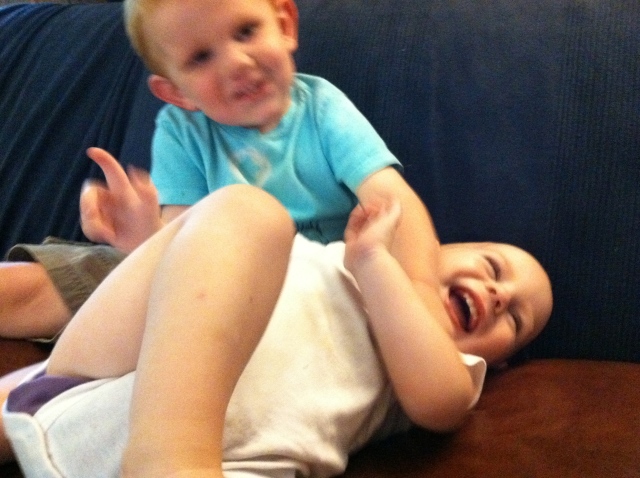 kind of eccentric artsy type raising two boys in texas.
View all posts by phrogmom →
This entry was posted in attempted parenting and tagged brothers, postaday2011. Bookmark the permalink.