i was thinking that maybe each thursday i would add/discuss another project on my to do list…not that there aren’t more than enough things already on that list, but perhaps posting some of the items will give me a certain accountability i am lacking at this point. 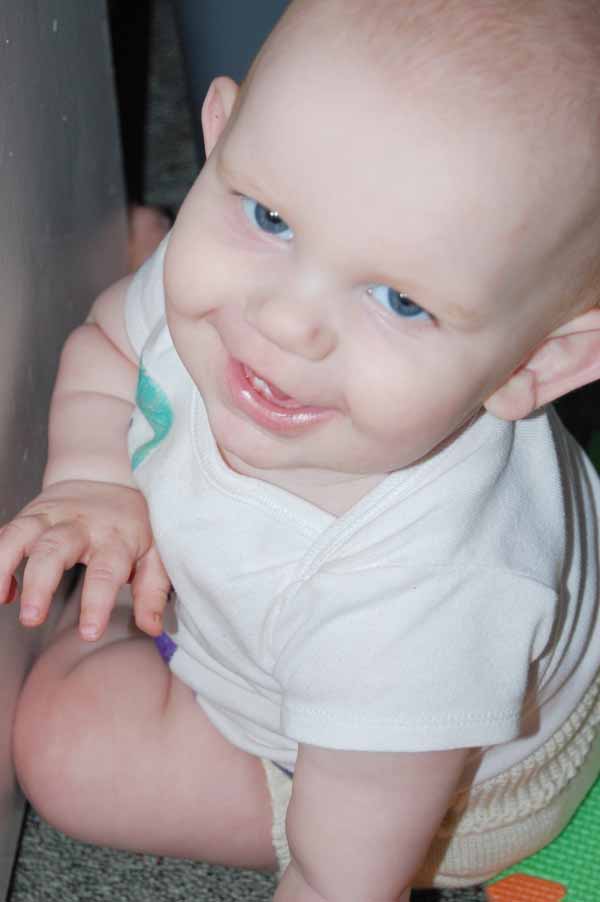 a little while back i ordered this super cool aristocrat soaker.  after reading an article about the evils of polyester (and how pul diaper covers are going to give milo cancer, or his kids, or his grand-kids…) i thought i would try some wool in our cloth diaper arsenal.

to be honest, i have had this (kind of expensive) soaker lying around the house for about a month.  i was loathe to try it out, lest if fail me by leaking.  but, since yesterday was a balmy 88 degrees here, i thought it was the perfect day for milo to run (crawl) amok in nothing but his diaper and a tshirt, so out came the soaker.

it is totally awesome.  it looks so comfy and with a mutt’s fitted underneath we didn’t have a single leak, even through a decent nap.  my only issue is that it’s “natural” colored, or non colored….i live in a house with two dogs and two cats, despite my lame attempts at housekeeping, the floor still has dirt.  of course this poor soaker looked all smudgy and gross by the time we took it off.  so what is a crafty girl to do??? 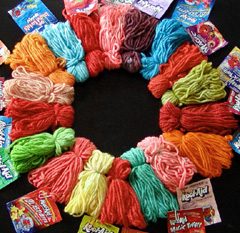 that’s right, dye the sucker!!  one of my good friends on my bbc cloth diapering board turned me onto the this tutorial for dying wool with kool-aid!

this is the project currently topping my to do list!  let’s see if by next thursday i can actually complete this project and post my results!